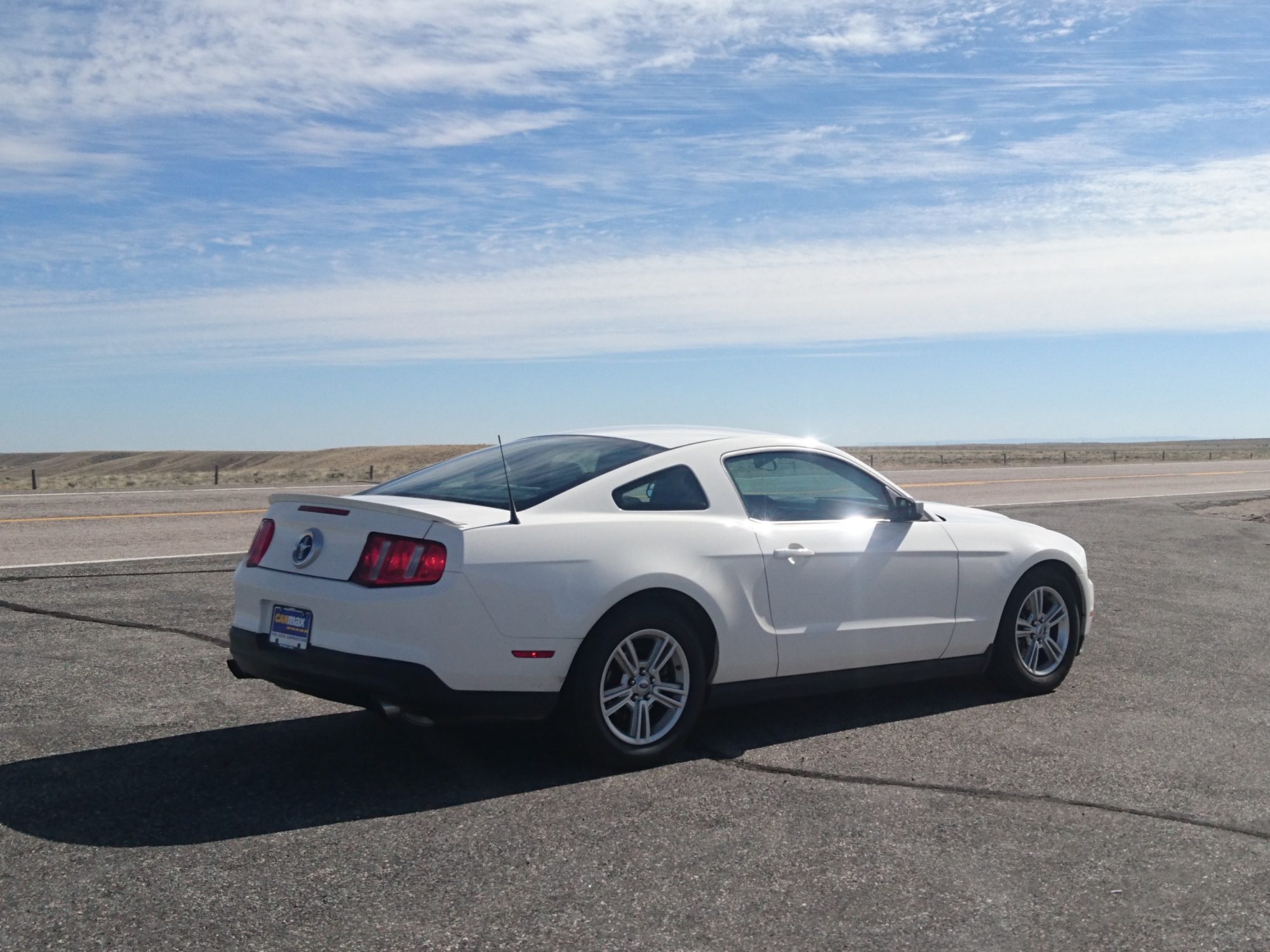 A Ford Mustang was an intentional and sentimental choice.

My dad’s first car was a 1967 Ford Mustang. It’s still in the family and taken out regularly to keep the pipes from getting stale, but otherwise it’s stored in a garage in California. Buying an American car for an American road trip seemed an obvious choice. I also knew I wanted white after owning dark-colored cars and spending a lot of time cleaning them. From an insurance and law enforcement point of view, however, it didn’t make sense. Even I can pick out Mustangs with stripes from a mile away.

One week after landing in California, doing a bunch of research and getting a tip from a coworker, I found my bad boy. No name yet, but I sometimes toy with the idea of Mustang Maximus. Here it is outside Colorado. It’s a fun car to drive, and it effin’ roars!