The museum and correctional facility were both closed, so I meandered around town in search of billboards, gawked in windows and drove onto the three places on my list.

The Standard Oil Company gas station (top), which has been refurbished with a souvenir store. 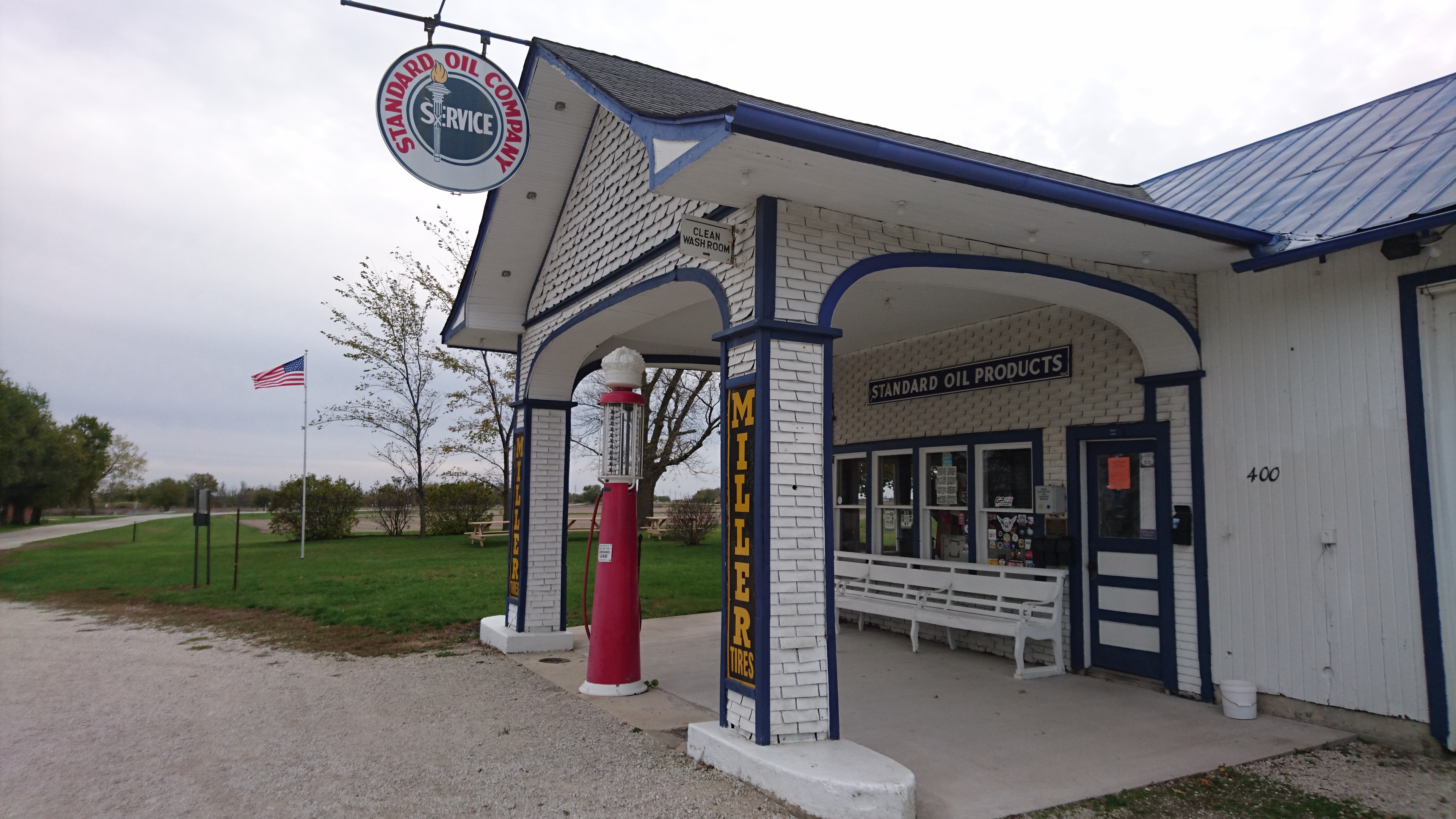 Dell Rhea’s to get my chicks on Route 66, I ordered a half with slaw and fries. And local root beer. Fried chicken did not live up to the hype, but rather the corn fritters were a hit with me. 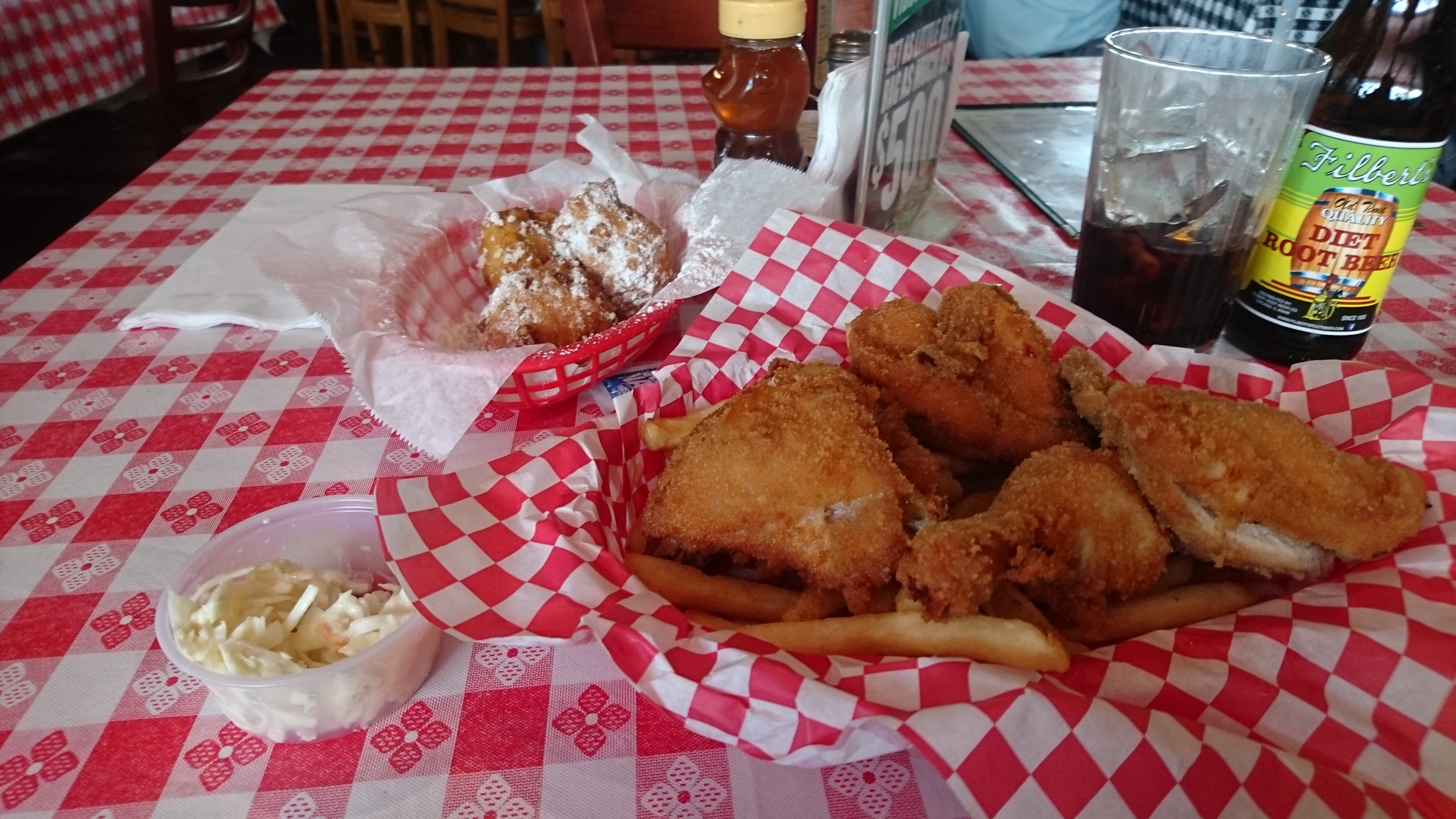 And the Gemini Giant in Wilmington, situated across from a car dealership and (super expensive) gas station, and in front of a drive-in diner. 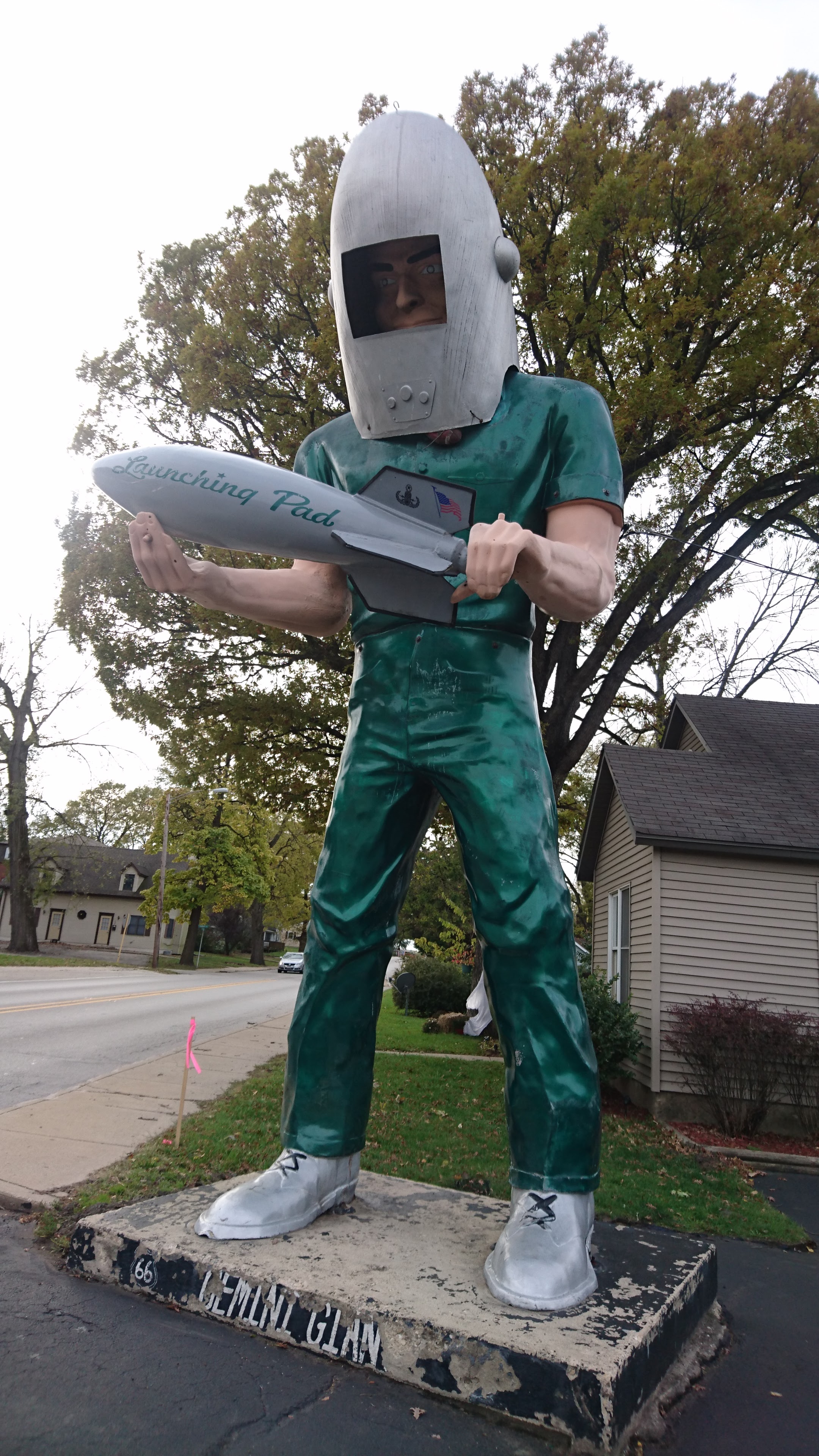 Named after a space program and originally a Muffler Man, he holds a rocket and wears a helmet in line with the branding of the drive-in. It is the original figure, at least.

Chicago to Joliet: 25 miles
Stay: Passing through
Memorable Meal: World Famous Fried Chicken Basket with Corn Fritters at Dell Rhea’s
Song of the Day: Jailhouse Rock by Elvis. The Joliet prison has been used as a film set.